A. B. Rogers, Entrepreneur

A.B. (Arthur Birch) Rogers was born in 1871 in Ellis County, Texas, but moved with his family to San Marcos as a small child. He attended the Coronal Institute, a school in San Marcos which offered high-school level diplomas.

In 1897, Rogers opened a furniture and coffin store on the square in downtown San Marcos. He acquired an embalmer's license in 1903 and within five years he renamed his business the Undertakers and Furniture Store.

Rogers sold the business in 1943 to long-time employees Willard and Edra Pennington. The Pennington Funeral Home is still owned and operated by the Pennington family, and remains one of the oldest burial companies in the country. 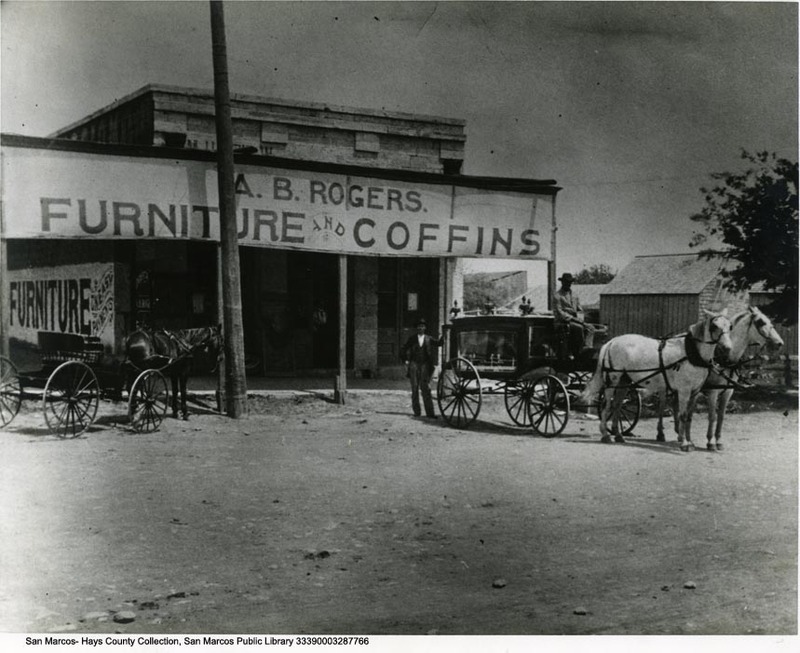 Rogers was sure that property along the river would be a good investment.  As a man with an entrepreneurial spirit, he began planning.

← The Mill Tract
Rogers River Resort and the Golf Course →