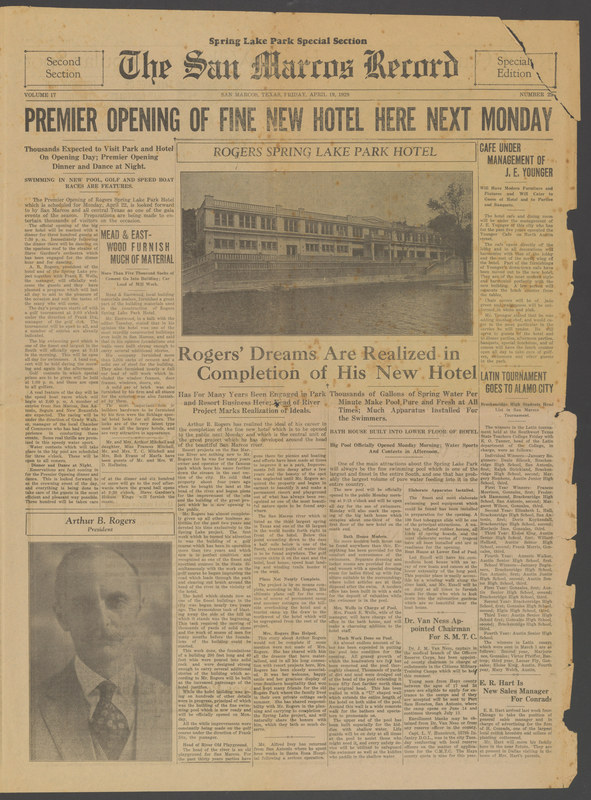 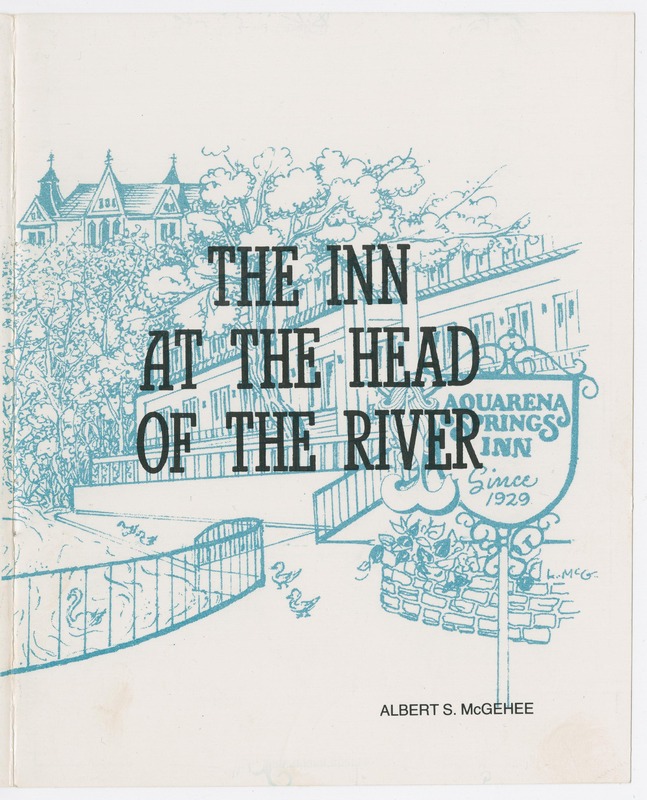 After many years promoting recreation on the river, A.B. Rogers oversaw the creation of a hotel that he envisioned serving as a bona fide playground for visitors from around Texas and the world. Construction took two years, with special attention required to excavate large amounts of rock to fabricate the foundation. Upon completion, the two-story hotel included thirty-four guest rooms.

Rogers Spring Lake Park Hotel, a first-class hotel at the headwaters of the San Marcos River, held its grand opening on April 22, 1929.

Ground-floor amenities included a spacious and inviting lobby, a golf shop, a cafe, and facilities for bathing and swimming. A second-floor lobby was used as an exclusive ladies' parlor. The hotel's roof offered a dance floor and gardens. The opening night's festivities featured entertainment from Steve Gardner's Orchestra and dancing until 1:30 in the morning. The grand opening marked an exciting night during the midst of Prohibition, taking place just six months before the Stock Market Crash of 1929.

During the 1930s, the hotel business considerably declined and Rogers eventually sublet the building and its facilities. At first the hotel became the Spring Lake Sanitarium, which advertised itself as providing "that rest you need." Then, in 1940, Bert P. Brown leased the property for a twenty-year period during which the former hotel became home to the Brown Training School. 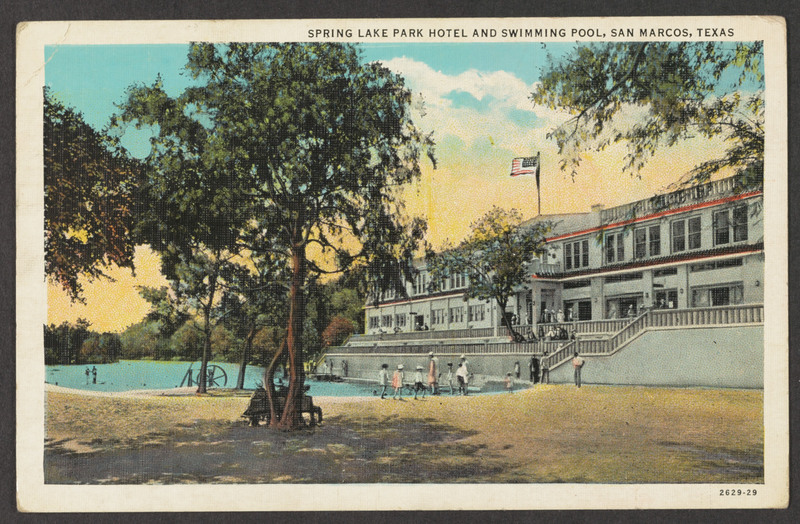 While the hotel was leased out until 1960, the Rogers family continued to enjoy Spring Lake. It was during this time that Paul Rogers pursued an idea that began a long-standing San Marcos tradition.