Though a popular tourist attraction in the 1950s and 1960s, Aquarena Springs began experiencing a gradual decline in guests in the 1970s. Gasoline shortages and rising fuel prices, along with competition from larger theme parks such as Six Flags and SeaWorld, may have contributed to fewer visitors.

In 1985, the Paul J. Rogers Trust sold the property to Baugh/Moore I Joint Venture, a company which continued to run Aquarena Springs as a theme park. Meanwhile, growing awareness of Spring Lake's threatened and endangered species led to tighter environmental restrictions on the area. Brochures produced in the 1980s and 1990s show the beginning of the shift from entertainment to environmental awareness. 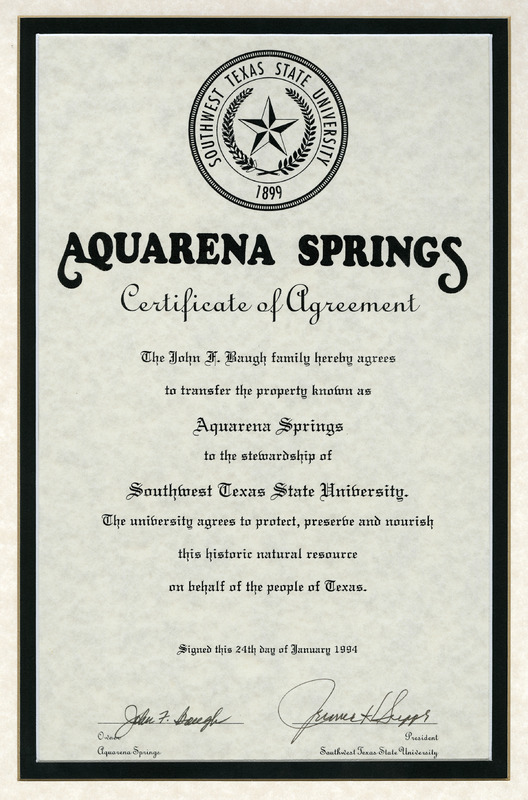 Aquarena Springs became Aquarena Center, an environmental education center that offered tours, exhibits, and scientific diving training. University officials met with the Army Corps of Engineers, the City of San Marcos, the U.S. Fish and Wildlife Service, the Texas Parks and Wildlife Department, and the Texas Rivers Center to discuss plans to reestablish the aquatic ecosystem.

← Share Your Story
Meadows Center for Water and the Environment →