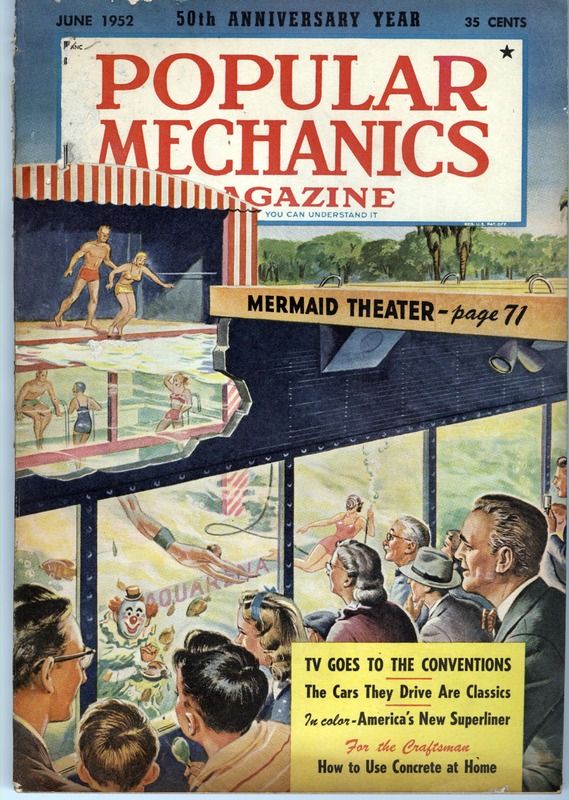 Following the success of the glass-bottom boats, Paul Rogers created another irresistible attraction at Spring Lake: a submarine theater, which debuted in October 1950.

The June 1952 issue of Popular Mechanics featured the submarine theater as its cover story, explaining the engineering principles that allowed the audience to be lowered into the lake to watch underwater shows through heavy-duty glass windows.

The charming underwater performances were held every day of the year except Christmas. The spring-fed lake's constant temperature allowed the shows to go on, even in the winter. 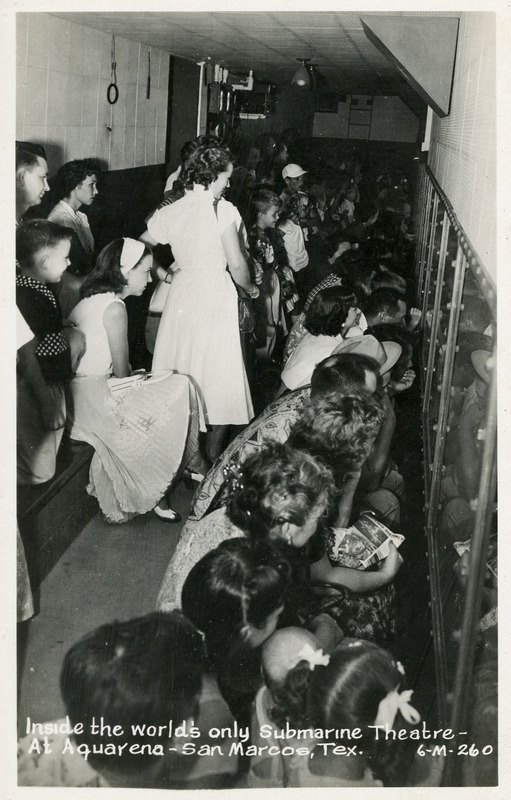 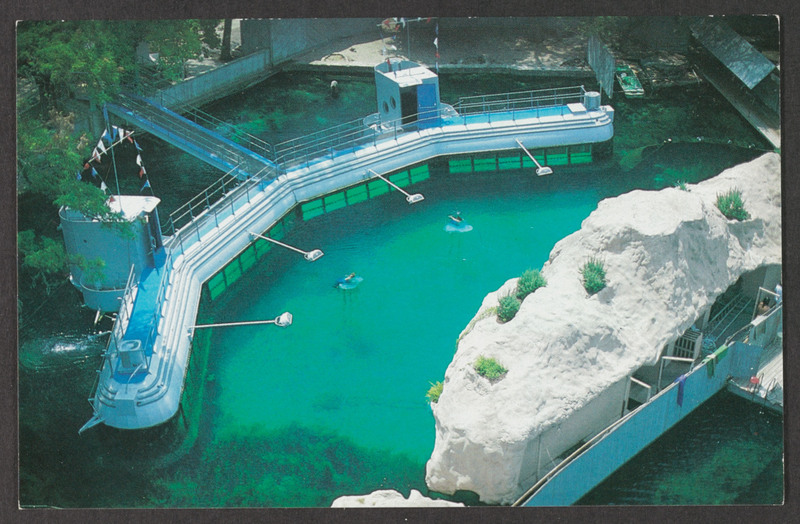 The original theater was 80 feet long, held 125 visitors, and weighed 75 tons. A new theater was installed in the early 1970s; this larger, slightly-curved version held 300 visitors and weighed 478 tons.