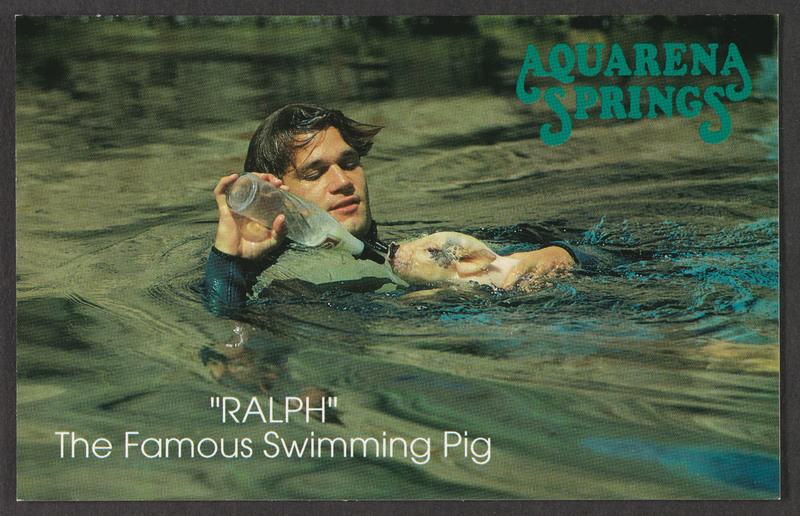 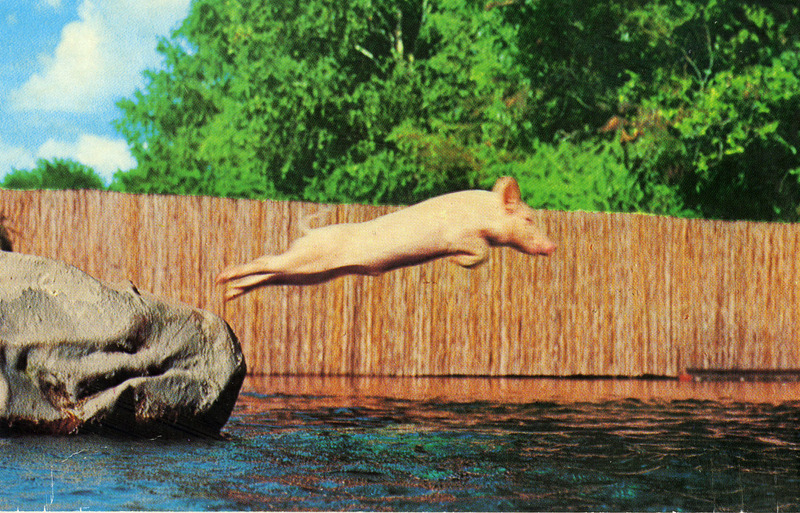 Ralph debuted in the 1950s as part of the submarine theater show and quickly became a beloved attraction.

The show started out with Ralph's famous "swine dive" into the water. After his big dive, Ralph would then swim after a performer carrying a bottle filled with milk. The pigs were usually only a few months old when they starred in the show; by the time they were eight months old, the pigs became too large and heavy to swim.

While the early pigs were individually named, eventually they became collectively known as “Ralph.” Ralph could be seen between shows as he rested in "Ralph's Pig Palace" and would occasionally walk around the park, much to the delight of visitors.

Auqarena Springs, and often the city of San Marcos, were widely recognized as the home of the famous Ralph the Swimming Pig. Ralph's trainer was a contestant on the nationally-televised game show "What's My Line?" (which ran from 1950-1975); none of the panelists correctly identified her occupation. Ralph himself became a celebrity after being featured on television programs such as "On the Road" with Charles Kuralt in 1967 and "That's Incredible" in the 1980s.

Ralph the Swimming Pig performs his famous swine dive in this news segment from KSAT-TV12 in San Antonio: