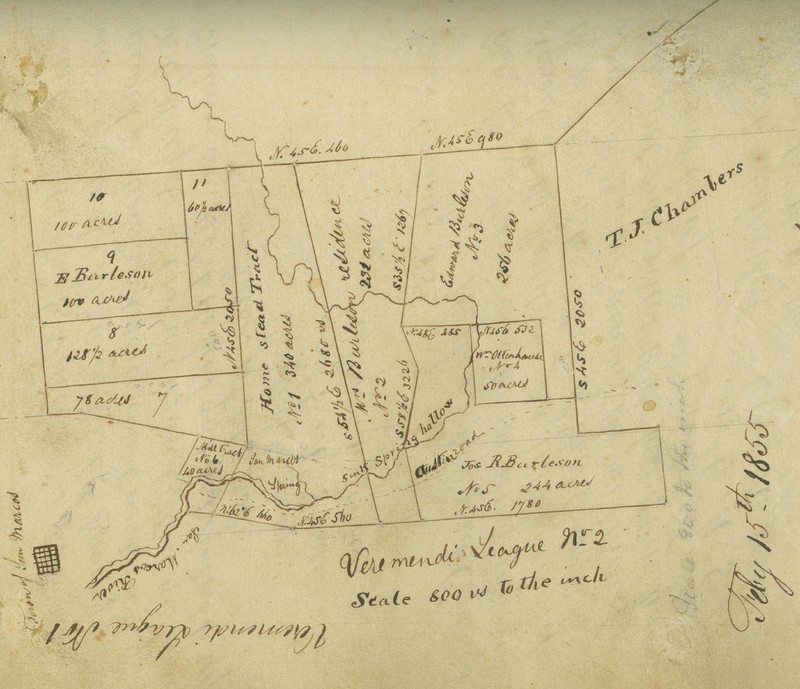 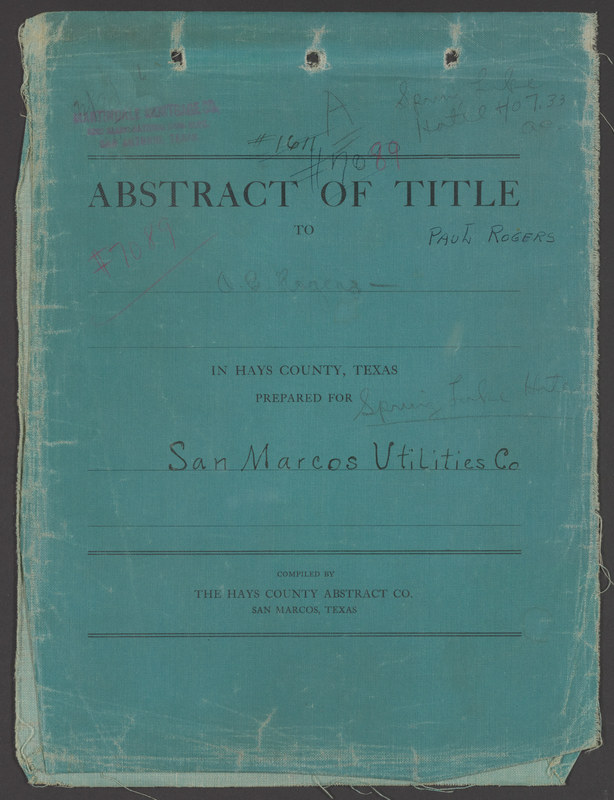 In 1844, Edward Burleson purchased a large tract of land that included the headwaters of the San Marcos River. He constructed the first dam on the river in 1849, creating the familiar horseshoe-shaped body of water known as Spring Lake. The water flowing from the springs powered Burleson's grist mill and sawmill.

After Burleson died in 1851, the property known as the "Mill Tract" changed hands several times. For decades following Burleson's death, the land on the river attracted a variety of businesses including a cotton gin, three ice factories, and a power house that generated electricity. Thus, the Mill Tract became a center of commerical enterprise in San Marcos.

The Abstract of Title (left) shows the Mill Tract's early history, beginning with the 1831 Spanish land grant to Juan M. de Veramendi and Burleson's purchase in 1844.

After nearly eighty years of industrial endeavors, the nature of businesses along the Mill Tract changed significantly during the twentieth century. This evolution began in 1926, when local businessman A. B. Rogers purchased the tract and began a new venture that focused on tourism. 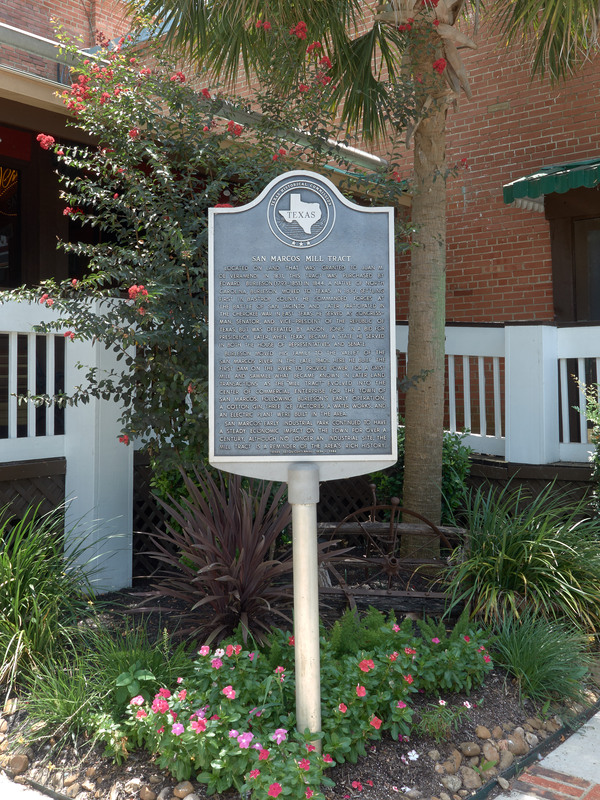 ← The Republic of Texas and Vice President Edward Burleson
A. B. Rogers, Entrepreneur →