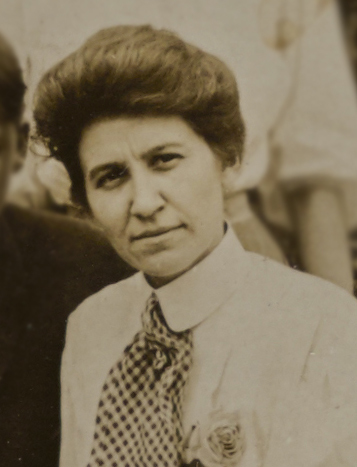 This exhibition features the work of Margaret Brown (1882-1969), the owner of a photography studio in downtown San Marcos for several decades, starting about 1916.

Images in this exhibition are samples of the photographs taken by Margaret – both casual snapshots and studio portrait work – which document the people and places in and around San Marcos, Texas.

History of the Brown Family in San Marcos

Margaret Brown’s father, Alanson Wesley Brown, moved to Texas after the Civil War.  He became a Methodist minister, preaching throughout south Texas as a circuit rider.  He and his wife, Catherine, settled in San Marcos and had eight children.

While some of the Brown children moved to Pearsall, Texas, some of the family remained in San Marcos with Mrs. Brown.

Click the image to enlarge; once enlarged, click the "i" at the top left to see more information about the image. Photograph is from the Album for Miss Brown.

Mary Anna Brown attended the Normal School in San Marcos.  The photograph on the right appears in the “Seniors” section of the 1913 Pedagogue.  Mary would have earned a teaching certificate to allow her to teach school anywhere in the state of Texas. 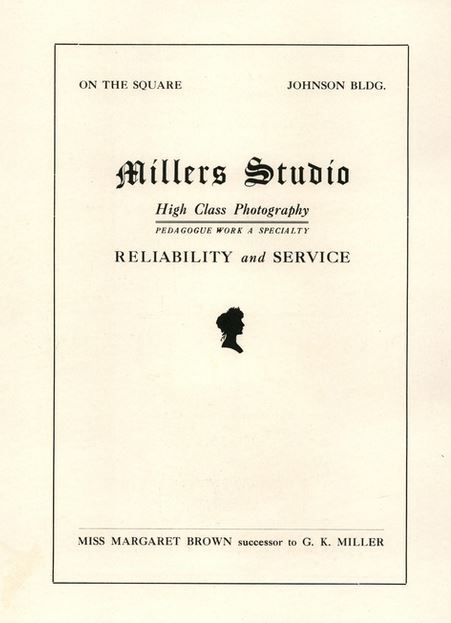 Advertisement from the 1916 Pedagog

Margaret Brown opened a photography studio on the San Marcos square, just a few blocks from the boarding house.  An ad for Millers Studio in the 1916 Pedagog announced that Miss Margaret Brown was the successor to G.K. Miller.  By the following year she had changed the name of her business to The Brown Studio.

The building, which still stands on the north side of the square at 251 N. Guadalupe, is easily recognizable by the slanted windows on the second floor that can be seen from the alley.