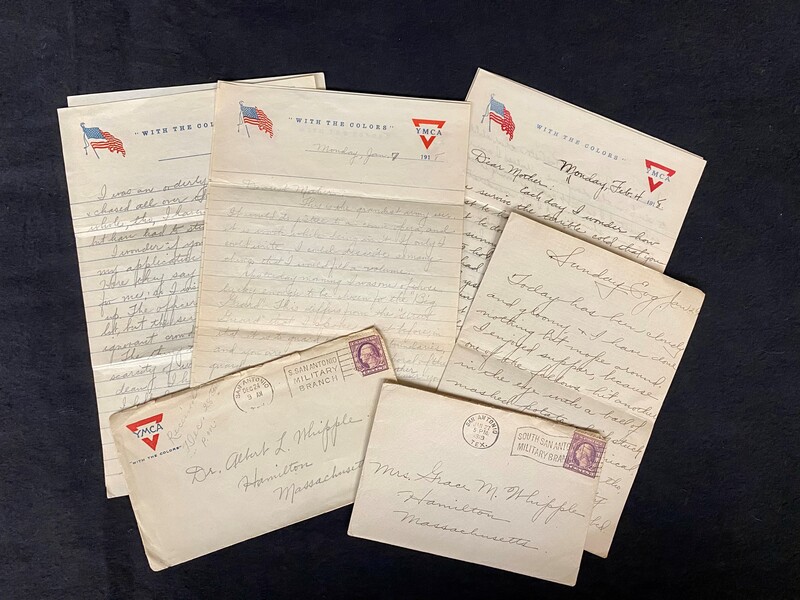 Sampling of letters from Whipple collection

The Private Percival Dodge Whipple Letters were found and purchased on eBay by Mr. Dan Utley. The full collection was processed and donated to the University Archives by Mr. Utley and his Local and Community History class of Spring 2017.

The collection, housed in one document box, consists of nine folders of letters written by Private Percival Whipple from January 1917 to December 1919.