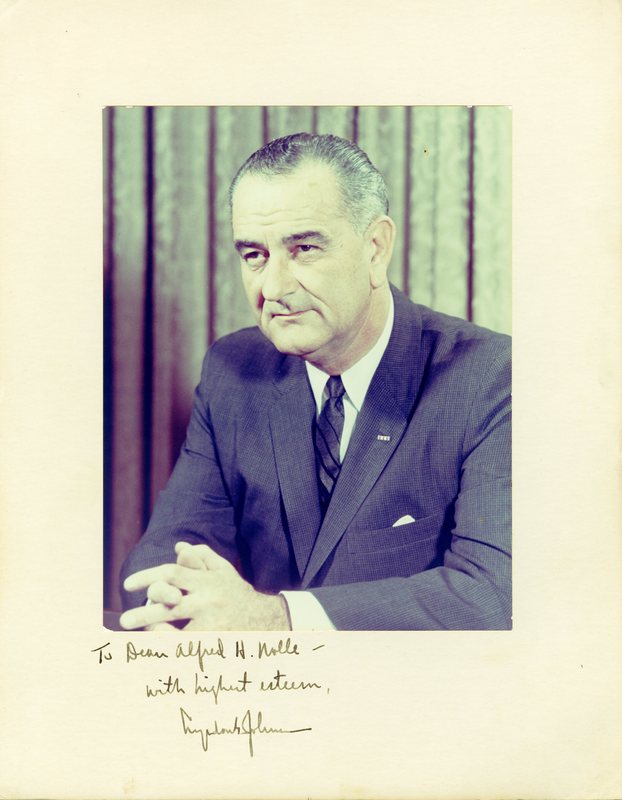 Texas State University’s most famous graduate, President Lyndon Baines Johnson, first set foot on campus in 1927. Johnson returned to the university many times during his esteemed and lengthy political career, during which he served as a congressman, senator, Vice President, and 36th President of the United States.

This online exhibit explores Johnson’s days as a student at Texas State University, as well as his lifelong association with his Alma Mater. The following pages highlight select photographs, documents, and other notable holdings from the University Archives' collections and research guides. 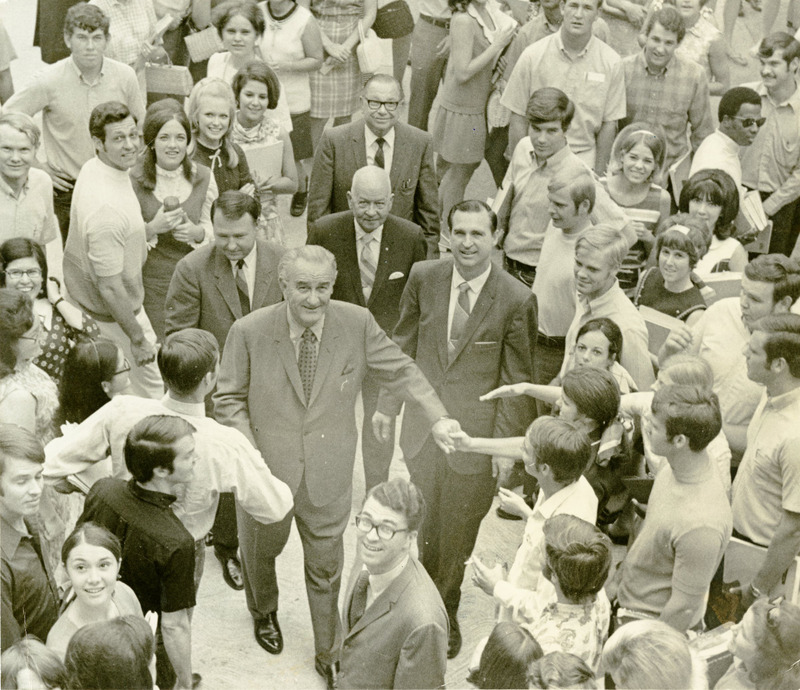