After graduating from Johnson City High School in 1924, a fifteen-year-old Johnson set out to explore the country. He spent a few years performing odd jobs before deciding to attend Southwest Texas State Teachers College. In February 1927, Johnson arrived on campus with only $75 dollars, borrowed from a Blanco bank. He entered the school’s sub-college to validate his high school credits, and officially enrolled in the college only a month later. Johnson spent his first year living at a boarding house originally located at 420 N. Austin Street (now the Center for Student Retention). 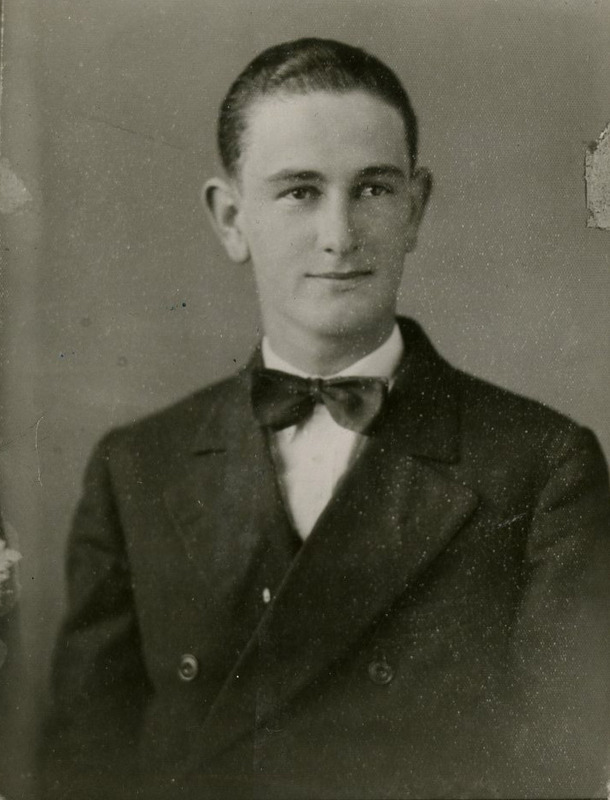 Like many young college students, Johnson held jobs to work his way through college. He first joined the grounds crew and was later promoted to assistant to the janitor in a campus building. In addition, Johnson sold socks door-to-door. His charisma made him quite the successful salesman; as his former professor Dr. J.R. Buckner remarked, “I bought socks from him. Everybody did...you couldn’t resist him.”

President Dr. C. E. Evans kindly offered Johnson a living space above his garage as a way to cut costs. Recognizing Johnson’s talents, Evans hired Johnson as assistant to his executive secretary, a position he held for more than two years. Evans even invited Johnson to tag along on his trips to the Texas Legislature, giving Johnson valuable exposure that would later help his political career. Evans and Johnson continued to maintain their close friendship after Johnson graduated. 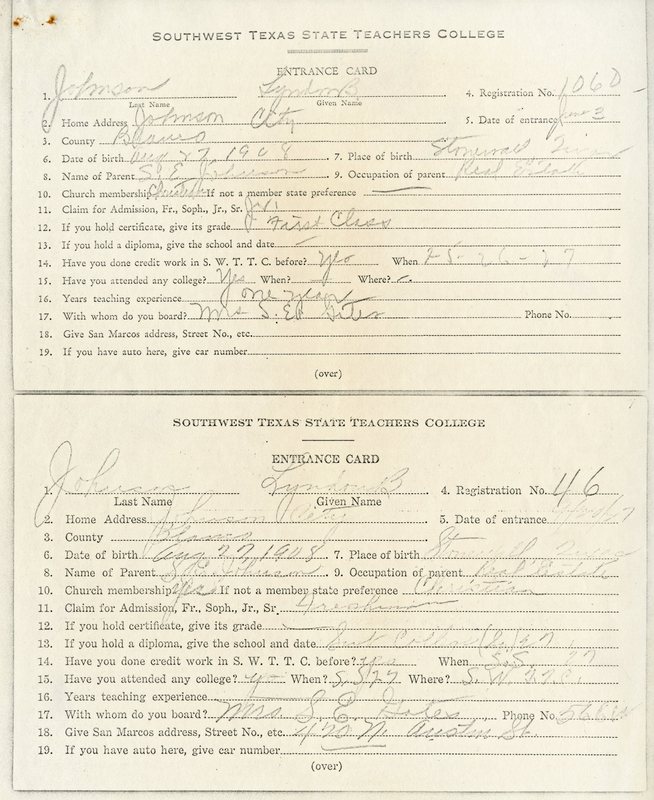 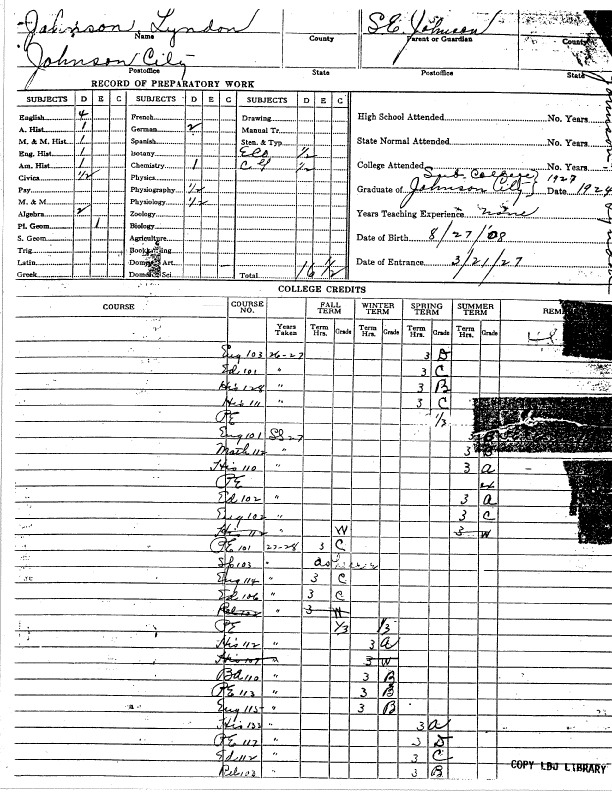 Johnson graduated in 1930 with a Bachelors of Science in History, double minors in English and Social Science, and a permanent high school teaching certificate. While in college, he took every course offered in government and history, and even student-taught select public speaking and government courses. As Dean A.H. Nolle remembered, “Lyndon made excellent grades in the subjects that interested him most—history and social studies. In other things, like the sciences, he did only fair. But he didn’t apply his potential to them.” 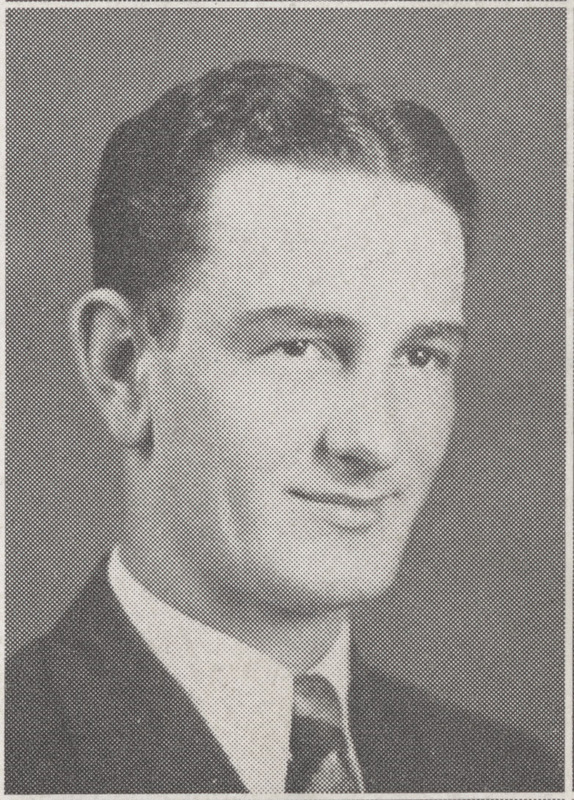 Johnson’s incessant drive earned him the nickname “Bull Johnson.” Professors and fellow students alike remember his persuasive and kind demeanor, and his affinity for “can do” people. Numerous classmates recalled Johnson’s favorite expression being “let’s get it done now,” which reflected an attitude that he carried with him throughout his political career.

“He was the most anxious to get information of any student I ever saw, especially on political subjects," said Johnson's government professor, Howard Mell Greene. "I think you could trace Lyndon’s philosophy back to that time, those classes…Call Lyndon’s philosophy what you want, but I call it rational progressivism—adapting our institutions to changing conditions to attain the ideals of our democracy.”