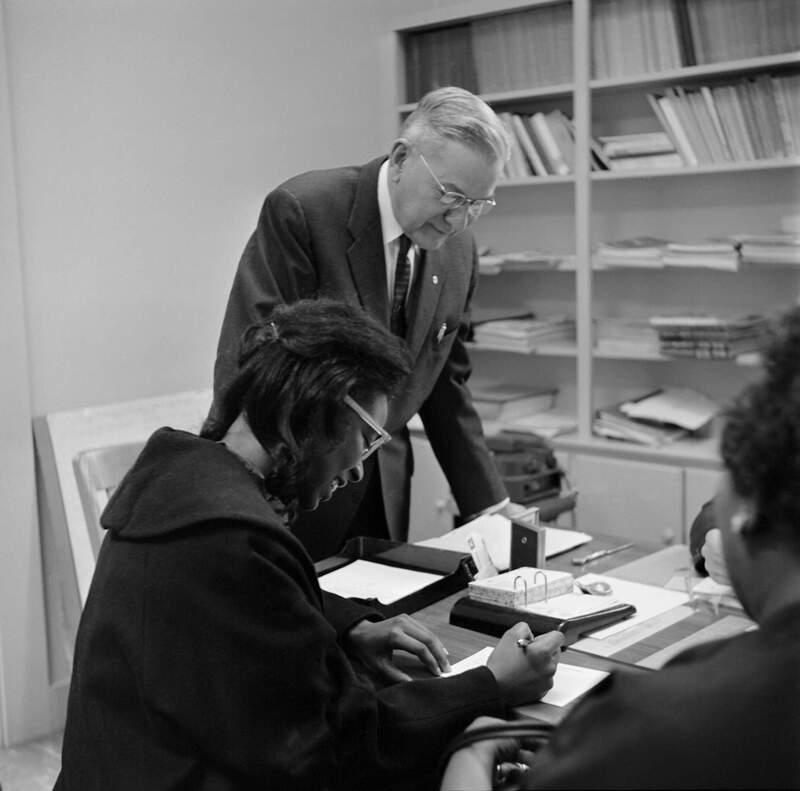 Dana Jean Smith, February 4, 1963.
Standing next to her is President Flowers.

Miss Smith was a graduate of Anderson High School (Austin), and initially planned to major in speech therapy.  She enrolled as a freshman on February 4, 1963.

Smith praised Dean of Students Martin Juel for his support and called him “our on-campus daddy.”  She also recalls that then University President John Flowers “always knew how we were doing academically. He knew people’s names and faces.”

In an article by the San Antonio Express (dated 13 February 1963), Miss Smith "said she liked everything about the school 'except for those stairs and hills.'" 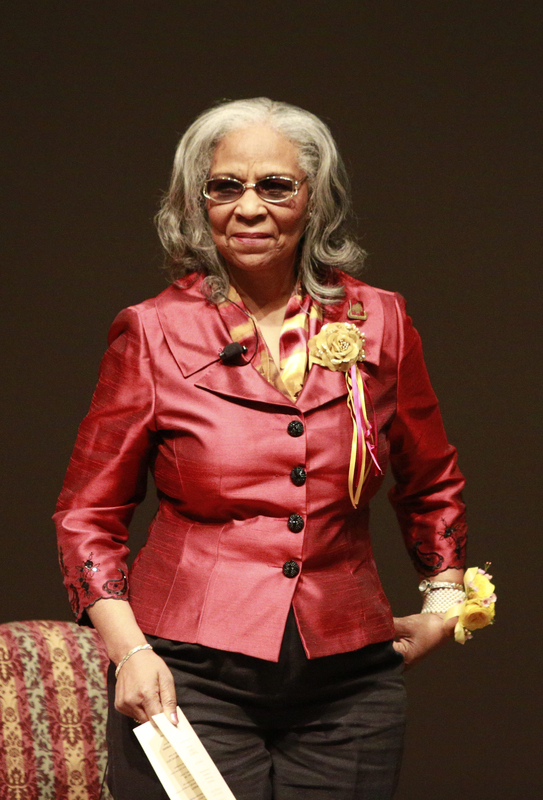 Ms. Smith returned to campus in 2014 to be honored as part of Texas State's 50th anniversary of integration. When asked what advice she would give to students, she replied: